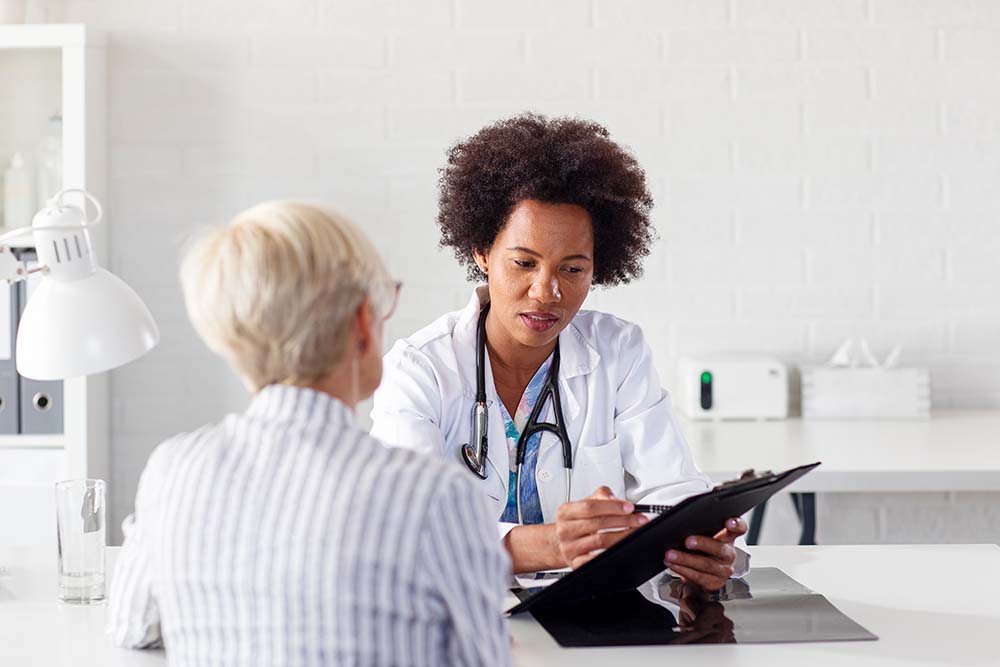 Avoidant personality disorder involves using avoidance to cope with feeling inadequate. Around 1.5 percent to 2.5 percent of Americans struggle with this disorder. Social anxiety is when a person has a heightened fear of interacting in a social setting due to feeling inadequate. Almost seven percent of Americans are affected by this type of anxiety disorder.

What is Avoidant Personality Disorder?

Someone with AVPD expects people to reject them and believe it is because they are inferior. They are also very sensitive to criticism. To cope, those with AVPD avoid social interactions at all costs.

However, this unhealthy pattern of behavior makes it challenging for someone with AVPD to form and maintain relationships. AVPD can also interfere with employment and other aspects of life. If you are exhibiting any symptoms of AVPD, it is important to seek help.

What are the Signs and Symptoms of Avoidant Personality Disorder?

But, according to the Diagnostic and Statistical Manual of Mental Disorders, Fifth Edition (DSM-5), a person must have the above characteristics and at least four of the following symptoms.

The above symptoms can range from mild to extreme.

While typically not diagnosed before age 18, symptoms of AVPD are often present in childhood and adolescence.

What is Social Anxiety?

Social anxiety disorder (SAD), also called social phobia, is a constant and irrational fear of social situations due to the possibility of being judged by others. Sometimes this worry can start weeks before the event. Additionally, the anxiety from SAD often interferes with school, work, and relationships, including friendships.

Common situations that cause significant distress and anxiety in people with social anxiety include:

What are the Signs and Symptoms of Social Anxiety?

Signs and symptoms of SAD include:

What do Avoidant Personality Disorder and Social Anxiety Have in Common?

Being embarrassed or judged in a social situation is a common fear of both AVPD and SAD. Someone might describe a person with a disorder as awkward, fearful, shy, or timid.

Fear due to these disorders can present in various ways, including:

Genetic factors can contribute to the development of both conditions. Avoidance can be a learned behavior. For example, someone may start avoiding social situations after having a negative experience. Being shy as a child can increase the risk of developing AVPD or SAD, but it doesn’t mean they will.

In 2015, a study comparing the two disorders found feeling rejected by caregivers, having disinterested caregivers, or not receiving enough affection in childhood was more common in those with an avoidant personality disorder.

An often misunderstood fact about AVPD and SAD is that while people with these disorders actively avoid interacting with people, they desire to be close to others. Their avoidance comes from the anxiety of potentially being judged or from feeling inadequate and not from a lack of desire.

There are many similarities when comparing avoidant personality disorder vs. social anxiety. However, there are also several differences between the disorders.

AVPD is a personality disorder. Personality disorders are behavior patterns and inner experiences which are greatly different than what is expected in a person’s culture. These patterns are not occasional or fleeting; they are consistent and long-lasting.

SAD is an anxiety disorder. People with anxiety disorders respond to certain things and situations with intense fear and worry. It is so disproportionate that it interferes with daily functioning or causes significant distress.

People with social anxiety are typically somewhat aware that their fears of being judged are irrational and out of their control.

Someone with AVPD may genuinely believe they are inferior to others. They also think that the perceived criticisms are justified.

Childhood abuse and neglect increase the risk of developing AVPD and SAD. However, this risk is more prominent in avoidant personality disorder.

Negatively comparing yourself to others is the root of AVPD. People with AVPD are highly critical of themselves and have poor self-images. They project these beliefs onto others while assuming people view them in the same light.

Performance anxiety is the root of SAD. People with SAD have a fear of saying or doing something embarrassing or of being scrutinized.

The level of avoidance in AVPD affects all areas of life. A person with AVPD tries to protect themself by suppressing their emotions.

Typically they suppress anger and sadness. But, some people do not show joy or amusement even when expected. They are not just this way with new people but also in close relationships.

In comparison, a person with SAD typically avoids specific events and situations, such as public speaking and meeting new people.

Can You Have Avoidant Personality Disorder and Social Anxiety?

Lower self-esteem in someone with AVPD may explain why they have a higher risk of developing depression, eating disorders, and addiction. They are also more likely than someone with SAD to have suicidal thoughts and attempts. But the most common co-occurring disorder with an avoidant personality disorder is a social anxiety disorder.

Almost one in three people with AVPD have co-occurring SAD. However, a person with social anxiety is more likely to develop other types of anxiety disorders, such as panic disorders or phobias like fear of public places. Unlike people with just AVPD, people with SAD may have anxiety in non-social situations.

Many studies have been done on the treatment for SAD. However, there is very little research done on treating AVPD, especially with co-occurring SAD. Most treatments recommended for AVPD are extensions of treatments for SAD with some changes.

Psychotherapy, or talk therapy, is a first-line treatment method for both AVPD and SAD. According to a study in 2019, combining group therapy and individual therapy is beneficial for people with SAD, whether they have co-occurring AVPD or not. Someone struggling with SAD only benefits more from group therapy.

Cognitive-behavioral therapy (CBT), is a common therapy for both AVPD and SAD. It involves identifying problems with the thinking processes and behaviors while changing them to healthy ones.

While medication is not a primary treatment for AVPD, it may be used to treat specific symptoms, such as antidepressants for depression. But, medications are used in the treatment of SAD.

Both AVPD and SAD are associated with various other comorbid mental health conditions. But, a person with AVPD is at a higher risk of suicidal thoughts and actions.

If you are experiencing symptoms of AVPD or SAD, it’s essential to seek treatment. With treatment, these disorders can improve, but without help, they will not go away. 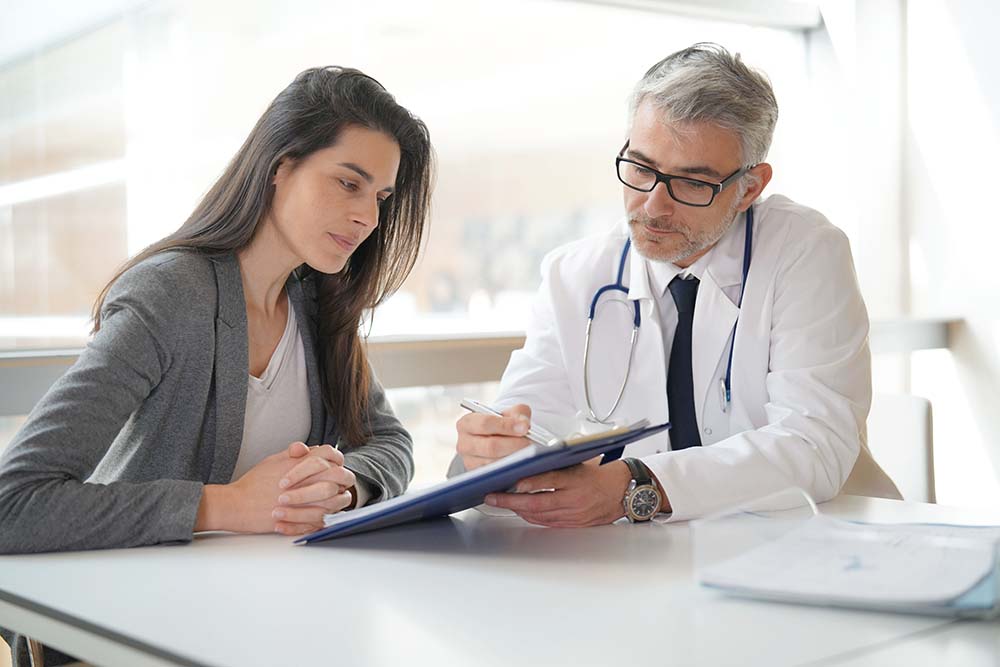 Are you experiencing regular anxiety in, or avoidance of, social situations? Are the symptoms keeping you from building meaningful relationships? At Luna Recovery in Houston, Texas, our goal is to provide each person with individualized treatment to offer them the best chance at a healthy and productive life. Contact us to find out more.

Tagsavoidant personality disorder vs social anxiety
PreviousPrevious post:Signs of an Overdose: Recognizing the Dangers of Fentanyl
NextNext post:Teen Trauma: How Does it Affect Adolescents and Their Behavior?