Brainwave Therapy: Your Guide to Neurofeedback

People often think that the matter of substance abuse is a simple thing, nothing more than a person wanting to get high off drugs or drunk off alcohol. However, it is a bit more complex for those who are unfortunate enough to have the disorder. As such, an effective approach to it should also be something that can make sense out of complexities, such as brainwave therapy.

Brainwave therapy, also known as neurofeedback therapy, however, is not something new, as it has been in use for several decades now. The process has been continually refined over time, mainly because there is a need to improvise with the changing of the times, but it is still something that yields usable data used to deal with the equally complex issues surrounding mental health.

At Luna Recovery Services in Houston, Texas, we specialize in providing substance abuse treatment programs that goes perfectly with our detox program such as brainwave therapy to help people recover from the dangerous cycle of addiction.

What is the history of Brainwave Therapy?

The roots of neurofeedback therapy could be traced back to 1924 when German psychiatrist Hans Berger first detected a small current when he connected small electrodes to a patient’s scalp. This is the beginning when medical professionals used an electroencephalogram (EEG) to measure and record the electrical activity of the brain.

From then on, the process has been used to detect any abnormal electrical discharges in the brain, which are correlated to specific conditions and disorders. This process is also used as a way to monitor real-time feedback from brain activity in neurofeedback therapy, where the patient is trained to enforce healthy brain function.

The irony of this process is that there have been many members of the medical field who doubt the benefits of neurofeedback therapy, claiming that it really does nothing to help people, and yet the method has been continually used by many others for decades.

How Does Neurofeedback Work?

In practice, neurofeedback is believed to be a method that allows people to control their brain waves consciously. This is done by monitoring the brainwaves of a person at a given time through EEG, and then the relevant data components are isolated and given to subjects using an online feedback loop in the form of either audio, video, or a combination thereof.

The entire process is non-invasive which is one of the main reasons why it has received greater acceptance from patients. Brainwave activity is observed by providing various stimuli which would typically elicit a reaction from the brain. The stimulus could come in the form of a video game, short video clip, music, or even an image, as these things tend to produce the most activity in the brain as a reaction.

The stimuli given tend to be relevant to a specific scenario or idea, as this is intended to elicit a very specific response from the person. As an example, the video games used are not so many actual games but more like simulators that echo certain aspects in real life, such as a person’s reaction to speed, moving about safely, and other similar situations.

While different people might have different reactions, certain baseline ranges are set by therapists so that they could gauge what parameters are within the norm, and which ones are not.

How Does Neurofeedback Help in Training Brain Waves 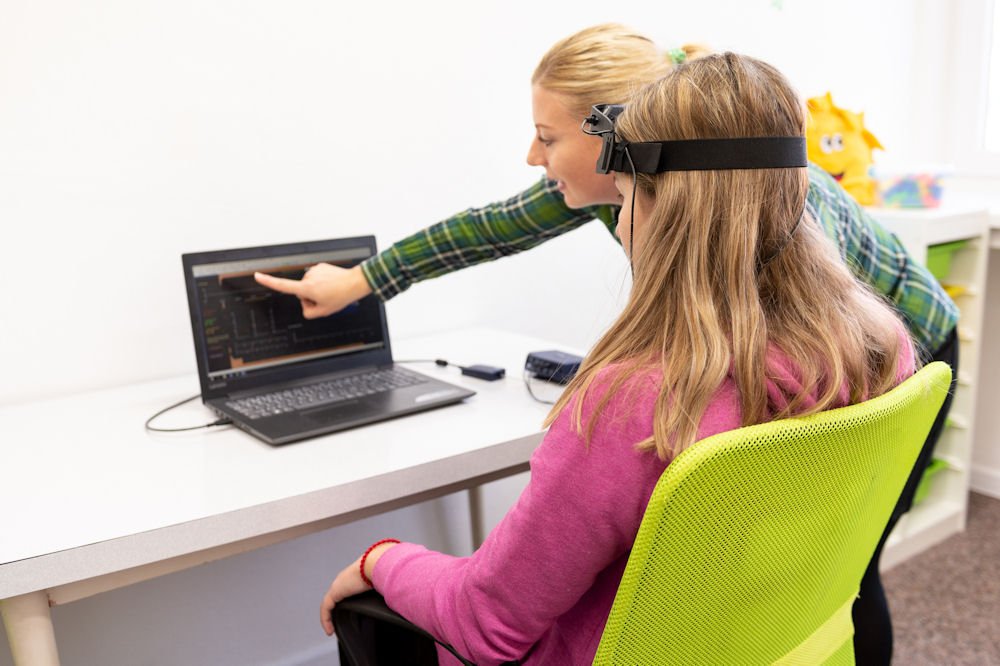 Neuroscience is a practice that has been widely accepted by many psychologists and therapists mainly because it is based on actual and actionable data, instead of abstract reasoning that pushes the boundaries of probability. As such, it satisfies the need of professionals who bank on evidence-based practices when treating their patients.

Neurofeedback establishes certain baseline data indicators by classifying the brainwaves being monitored. Once classified, each specific brainwave could be identified so that its independent activity could be established, and to a certain extent, consciously controlled.

For example, alpha waves are seen when you a person is relaxed, which could be at the end of the workday, or when they are getting ready to sleep at night. Beta waves are associated with alertness, which could be during the day, while at work, or in school.

Learning how to control brainwaves through neurofeedback allows a person to consciously control the brain waves to achieve a particular mental state, like increasing alpha waves associated with relaxation while reducing beta waves associated with alertness when there is a need to de-stress or relieve anxiety.

How Do You Prepare for a Brainwave Therapy?

As with any procedure, it is important to understand what the process entails, and how best to prepare to undertake it. This is essential because a better understanding of the expectations could help in coming out with better results.

Patients respond best to treatments that are best suited to them. This is why therapists always conduct a thorough assessment during the initial consult, to gather as much data from the patient as possible and correlate the data to what could be the most appropriate treatment.

The initial consult is also as beneficial to the patient as it is to the therapist, as it gives the patient a better idea of what the entire procedure is for and how it would be done. This puts to rest any apprehensions or reservations that the patient might have about the procedure.

While it might seem like the therapist is the one who sets the tone for the entire procedure, it should be noted that the patient also put in active participation in the entire event. As such, the patient should also have some goals in mind that should be satisfied after the process.

At the very least, the patient should receive some insights from the process, since it does paint a picture of what goes on in the patient’s head at a given time.

Approach with an Open Mind and Positive Outlook

It is a given that not all procedures are undertaken to produce the best results expected of them. This is particularly true if it is the very first time a particular process is tried. At the very least, it should be considered a discovery phase of sorts, where the patient gets to learn new things relevant to their recovery.

It also helps to have a positive outlook on the process since it is completely non-invasive, meaning there is no need for extremely uncomfortable probes or painful activities, therefore 100% safe.

What Could be Expected During Brainwave Therapy?

For those trying brainwave therapy for the first time, it could be an enlightening and exciting experience, as the process gives a deeper insight into the inner workings of the mind. It should be noted, however, that the ultimate goal of the exercise is to find out if there is anything in the brain that could be causing any unwanted behavior or conditions, and then deal with it as the procedure continues.

The procedure is completely non-invasive. There are no cuts to be done, no probes to be inserted, and no chemicals to be ingested. An external network of electrodes will simply be affixed to the scalp to read the responses of the brain to certain stimuli.

Most people typically look up something they know little or nothing about just before they buy it or try it out. Those trying out brainwave therapy or neurofeedback might come across the fact that it has been around for decades, so there could be an assumption that the practice might come with outdated elements. Those who do offer the procedure integrate the latest monitoring technology into the practice, and this yields better and more accurate information.

Much like the safety factor, there is no need for some of the expected practices done in clinics or medical checkups when one is doing neurofeedback, such as getting undressed and slipping into hospital gowns or filling a cup with urine. The entire procedure could take only 30 to 60 minutes with the monitoring part made up only of being exposed to visual or audio stimuli while seated comfortably.

Innovation does not always take the form of never-before-seen technologies and methods that border on science fiction. There are many instances where the most effective innovations are those that have not yet been tried but have been around for quite some time.

We here at Luna Recovery Services believe in innovation and focusing on getting to the root of addiction and mental illness. Contact us today to learn more if neurofeedback is right for you or a loved one.