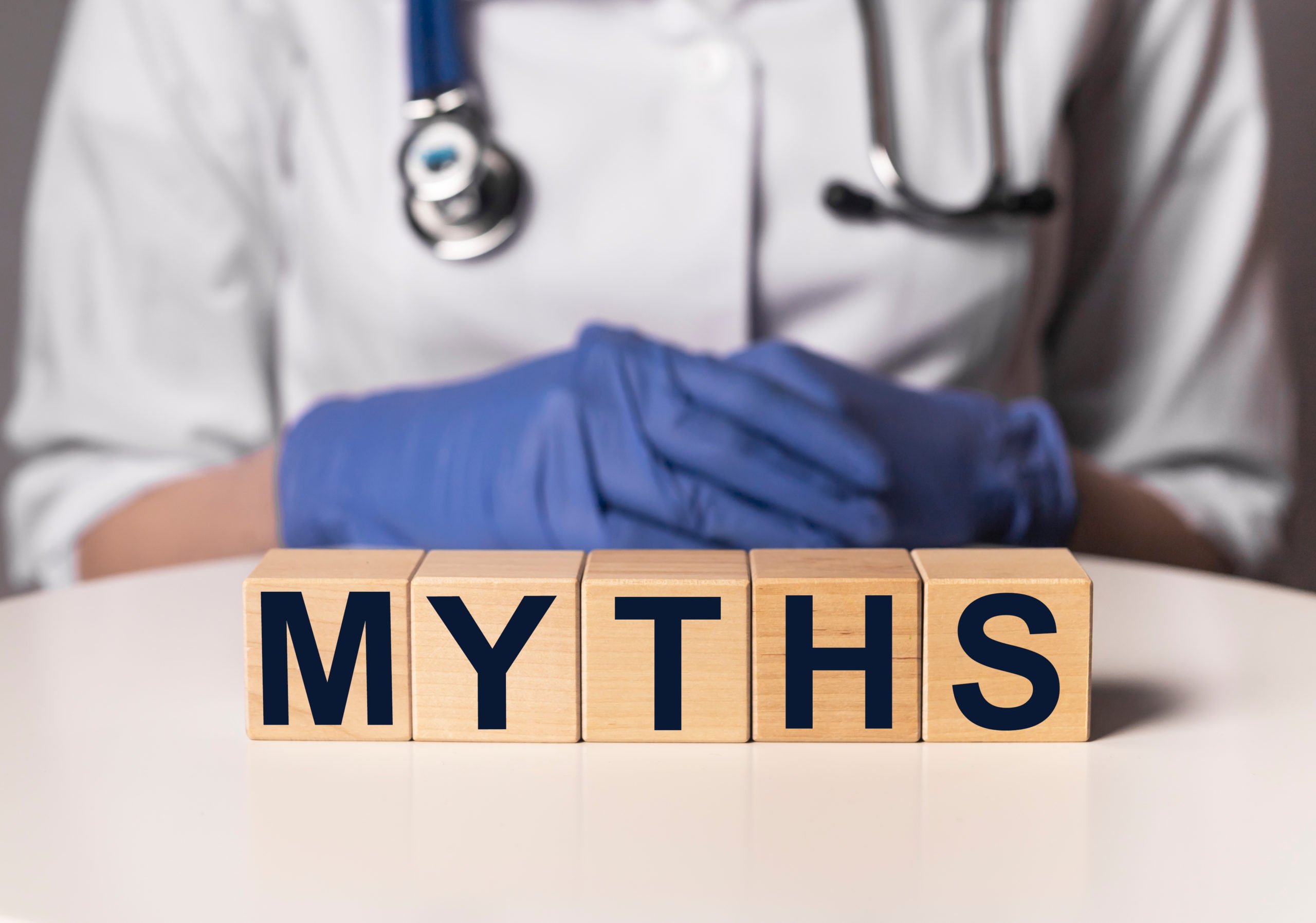 Humans are creatures of habit, and with that comes opinions and assumptions. This can be quite damaging because instead of having the facts, the truth is misunderstood and twisted, making people sucked into believing whatever it is they want to hear.

This scenario applies greatly to addiction and the myths that exist surrounding the disease. They’re almost as many unfounded opinions about substance abuse as the people who suffer from it.

Truth is, some myths about addiction are far more damaging than other topics of discussion, in that it creates fallacies about people’s conditions. These myths only make things more difficult for those who suffer from this deadly disease.

People need to understand that addiction is a treatable disease that affects millions of people worldwide, and does not need further speculation. Some common myths of addiction that need to be debunked include:

Myth 1: “Addiction is a Choice”

Many people will insist that getting hooked on substances is a choice, and to a certain extent it is, but that is not always the case. Many people developed a substance abuse disorder due to certain circumstances, in which the option of choice might have been present for only a fleeting moment.

Some examples of this are the people who got hooked on painkillers. It might sound like an excuse to many but people who go through chronic pain everyday life every constant agony. There are instances where they endure blinding pain, and any relief from it is nothing short of heavenly.

This relief, of course, comes in the form of painkillers. While it is wrong, it is no surprise that people in pain tend to take more than the prescribed amount of painkillers just to stave off the torment they feel. Add to this the fact that people often build a tolerance quickly, and tend to up their dosage themselves rather than consult with a doctor first.

Myth 2: “They could Just Stop if they wanted to”

There is an immensely brief moment where people teetering on the edge of addiction could conceivably stop what they were doing, but for many, that moment is simply too brief and too fleeting.

In other cases, stopping the use of the substance is just inconceivable, as it could mean that after the detox phase, it’s back to pain, seizures, or performing less than one’s best, as is the case of those who take stimulants.

Myth 3: “People with addiction need to hit rock bottom before getting help”

Many might not believe it, but being in the grip of a substance abuse disorder is like being caught between a rock and a hard place. On one side, the person would like to recover and not get the urge to use any substance ever again. On the other side is the fear of stopping the usage for a host of reasons, not the least of which is the withdrawal symptoms.

Many with substance dependencies, however, don’t even think as far as the point where they get to the withdrawal symptoms, as they could be so out of it from using for so long that they could barely think of what they would do a few minutes later. Cognizance is also largely affected by substance abuse, and this thoroughly affects logical thought, comprehension, and any sense of time.

The misunderstanding surrounding substance abuse is largely held to be the reason why most think people suffering from addiction are bad. It would probably be a huge surprise to many to learn that a large number of people with substance abuse disorders are victims themselves.

It could range from an incurred injury forcing a person to take pain pills, to a person who needed a little boost to help them along the way, to someone who just needed some help in getting sleep. These reasons might seem mundane or unimportant to others, but more than enough to put a person into a position requiring the use of substances.

Myth 5: “Having an Addiction Makes You a Criminal”

There are many states in the US where the illegal use of regulated substances is prohibited. For the most part, this is the only criminal act that is largely associated with people who have substance abuse disorders.

Other users are known to commit felonies due to their need to secure their preferred substances, such as alcohol or opioids, while others have been known to become violent on occasion as an effect of whatever it is they are taking. Some had the misfortune of taking substances that should not be mixed, causing them to commit criminal acts.

For the most part, people with substance abuse disorders stay isolated and away from people. They know that their actions are associated with criminal acts, which is why they keep to themselves. This isolation is essential to some already in the rehab phase, which is why many make use of the alone time, but in this case, to heal and recover.

To say that people with substance abuse issues lack the willpower to recover is oversimplifying the problem. Those who have not gone through the ordeal know nothing of the horrors of withdrawal symptoms, let alone the overpowering urge and craving to use substances.

In most cases, the fear of suffering withdrawal, and the possibility of being held accountable for their actions, are more than enough for people with substance abuse issues to avoid seeking help for their condition. It is not so much a matter of a lack of willpower as it is a realization of what could happen if they do reach out.

Myth 7: “If They Relapse, it Means They’ve Failed”

There are several good reasons why there are many treatment options available for those going through rehab. There is no single silver bullet that will address any type of addiction. As different people take different substances, and they have different behavioral patterns and ways of thinking about it, it must be understood that unless the appropriate form of treatment is used, there is always a chance of failure or relapse.

To equate a relapse with failure is like assuming taking an antibiotic will fix any disease a person may have. Certain treatments target specific behavioral patterns, modes of thinking, and perceptions relevant to substance abuse. Unless the right one is used in treatment, the chance of failure or relapse is always there.

Many believe the “Spartan way” or giving tough love will solve any personal issue a person might have. While it is true that certain people are in no condition anymore to decide for themselves, which is why others need to make it for them, there is always a better way to relate with and treat people going through addiction.

A huge number of people with substance abuse issues, upon assessment, were found to have gone through some form of trauma or another, and it is this trauma that caused them to resort to using substances. Giving tough love and not addressing the trauma will not only result in treatment failure but could also be seen as an act of cruelty. There is a need to address the origin of the problem, and not just punish the person going through the ordeal for not being strong enough to resist the urge or find another solution.

Myth 9: “Going to rehab is the only way to treat addiction"

Undergoing rehabilitation after the detoxification process is the most widely accepted path towards recovery, as it is during rehab that the person is aided in building the skills, mentality, and behavior needed to ensure they do not fall back to bad habits.

It is, however, not the only way, as research has shown that there are more methods, approaches, and practices that are being developed. These newer methods are taking into consideration the various circumstances and conditions that different people with substance abuse issues might have, to become more effective.

The important thing in this aspect is to have a thorough assessment of the person done to see which treatment could prove to be the most effective in helping them to a lasting recovery. 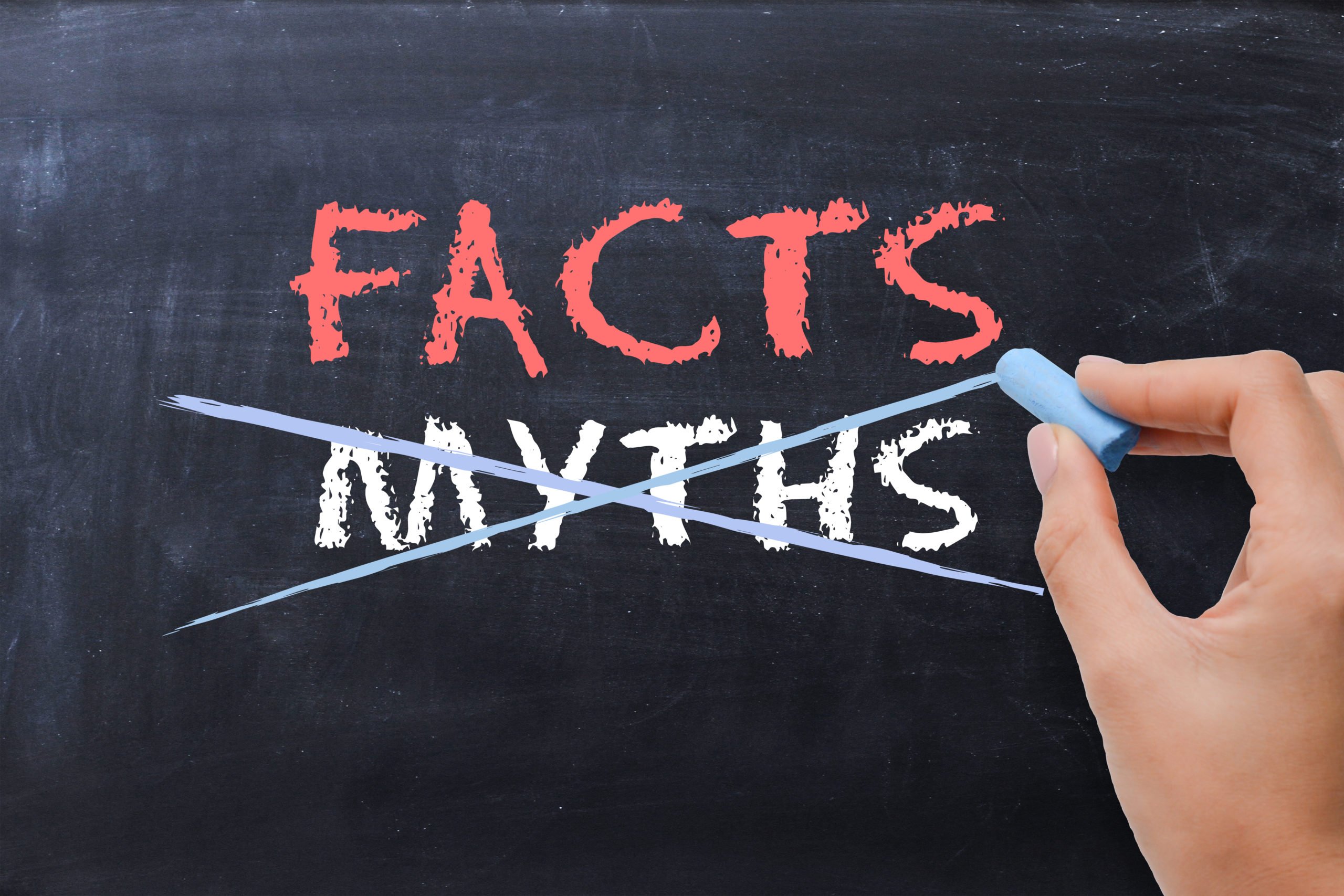 There are so many institutions claiming they have the best and most effective treatments out there. At LUNA Recovery Services in Texas, we do not condone these myths surrounding addiction. Instead, we are focused on helping people and loved ones find which level of care would be best for their needs.

Our mission is to try our best to help debunk some common myths about addiction and provide access to care and recovery for people suffering from this deadly disease, through treatment programs, addiction counseling, and other resources. Let us help you find true recovery. Contact us today.