Child of An Addict: A Help Guide

About 12% of all children in the United States live with an addicted parent. And it is a fact of life that when a family member is struggling with addiction, the whole family struggles. Children who live in homes where there is parental substance abuse feel that life is:

They may even believe that the drug or alcohol abuse is somehow their fault. Dealing with this chaos can leave them feeling uncertain and insecure. As a consequence, children can feel guilt and shame trying to keep the family secrets. Sadly, they often feel abandoned by their parents due to their emotional unavailability.

What are Some Signs of Addiction? 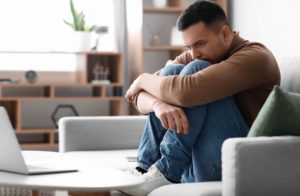 Also called substance use disorder (SUD), drug addiction is a disease that affects a person’s brain and behaviors. It leads to the loss of the ability to control the use of a legal or illegal drug or medication. Alcohol, marijuana, and nicotine are also considered drugs. And when a person is addicted, they might continue using the drug even though it is doing them harm. If you have a parent with SUD, you may recognize these symptoms or behaviors linked to drug addiction:

Impact of SUD on Children

According to a 2012 study, children of parents who have SUD are more likely to have:

They also have an increased chance of:

In addition, based on combined 2009 to 2014 NSDUH (National Survey on Drug Use and Health) information, an annual average of 8.7 million children aged 17 or younger live in homes with at least one parent with SUD. Parental substance abuse can have many negative effects on children. Children with a parent who has SUD are more likely to:

Children of parents with substance use disorders have reported steering through the emotional conflict surrounding the roles of their parents. One common occurrence is known as “role reversal,” where the child feels responsible for taking care of the parent, instead of the other way around.

A relationship like that can lead to poor boundaries between the parent and child, including the child feeling responsible for the parent emotionally. Some examples are:

Children of parents who have SUD and can cope with the problem without becoming addicted themselves are labeled as “resilient.” A study in 2000 defined resilience as “a dynamic process encompassing positive adaptation within the context of significant adversity.” This means that the child of an addict has been able to adjust positively to their situation, even though it is hugely harmful.

The problem with this definition is that it may play down the trauma or harmful experiences the child coped with. It also may imply that those who went on to develop disorders are weaker people. In addition, the fact that some people can be resilient may be used as an excuse that these childhood experiences don’t need to be talked about.

Four Important Things You Should Know

The National Association for Children of Alcoholics (NACoA) reports that there are four messages that children with addicted parents need to know.

1. Addiction is a disease

Sometimes an addicted parent will do embarrassing things like showing up to a school function high or slur their words when talking to a teacher. They may say and do things that don’t make any sense or fail to keep promises. You need to know that your parent isn’t a bad person. They have a disease that causes them to make bad choices.

You might feel like it’s your fault that your parent has a SUD. You may know realistically that you aren’t, but you feel that way and wonder if there’s something you could do to stop them. First of all, it’s not your fault they have an addiction. Second, there is nothing you can do to stop it.

It’s overwhelming living with an addict, to say the least. It’s even worse if that addict is your parent. Parents are supposed to make you feel safe, secure, and cared for. However, in homes with an addict, there is very little of that, which can make you feel alone. Well, you’re not alone. Other children have parents who are addicted to drugs or alcohol.

4. It’s okay to talk to someone

You may have been told not to tell anyone about the addiction, making you ashamed and embarrassed about it. You are not responsible for lying, keeping secrets, or otherwise covering for your parent. Talk about it to someone you trust–a teacher, counselor, family member, or member of a peer support group such as Alateen.

How You Can Help Yourself 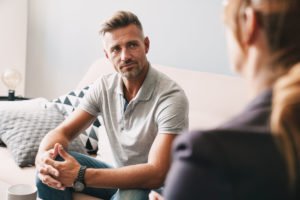 Here are a few ideas to consider to help bring positivity into your situation:

How You Can Help Your Parent

Children may be the best people to convince a parent to get treatment. Here are some ways you can help:

Addiction is a lonely disease. A lot of people use alcohol or other drugs to escape reality. Other addicts stay away from people because of embarrassment or fear of what they will think of them. You may be the best person to convince them to get help. It’s important to show them that you love and care about them and that you’re willing to support them. This doesn’t mean that you’re willing to enable them by giving them money or letting them walk all over you.

Get rid of the shame

Parents don’t want to look weak to their children. They may feel like they’re pathetic because they can’t stop using. They might likely have grown up believing that addiction is a choice or a failure and only something that criminals do. Let your parent know that you’re not ashamed and you don’t think they’re weak or a failure.

Get some resources ready

Because their SUD causes changes to their brain, they may not see any way out of their disease and have no hope of recovering. Show them that there is always hope. Therapy, medications, and support have helped thousands of people recover so find some schedules for support groups (Meeting schedules for most groups are usually available online). You may even want to contact some rehabs and learn about options for treatment and ways to pay for it.

Explain how their addiction has affected you

Believe it or not, many people with addiction don’t understand how their behavior affects other people, even their children. They may be denying the truth to themselves. Your goal is to make them face up to and understand the consequences of their actions. When they recognize how their disease is affecting them, and other people they care about, it might move them to put some effort into recovery.

Think about a formal intervention

It’s typically difficult to talk to people with SUD. And you might become emotional if they don’t listen to you. Certified interventionists are trained to help family members listen to each other and learn about the disease of addiction. An intervention needs to be a calm, planned event, not an emotional blowout. Contact family and friends to help you find an interventionist and participate in the intervention.

Control what you can

You can’t force your parent to go to rehab. But you can do your best to communicate with them. If they don’t listen or refuse help, you can’t control that. However, you can control how their behavior affects you. Parents with SUD often do things that hurt their children emotionally and physically. Do not allow yourself to be a victim of their abusive behavior. Get support for yourself, even if it means calling law enforcement. You might also want to get therapy or help from a group like Al-Anon, Alateen, or Nar-Anon.

The 7 Cs of Addiction

NCoA has also suggested that kids remember the 7Cs of Addiction when trying to cope with their parent’s SUD. You need to learn and remember these key facts:

Find Out How Luna Recovery Can Help

Luna Recovery in Houston, TX has resources to help you help your addicted parent. We have a team of professionals experienced in all phases of addiction treatment. Our programs include a detox program to help your loved one safely get the drug out of their system. In addition, we have a residential program where the individual lives at the recovery center, and three levels of outpatient programs.

We also have professional interventionists who can help you conduct an intervention if you’re having trouble talking to your parent about getting help. A trained interventionist can help you and your family learn what to say and what not to say for the best outcome. And when your loved one has gotten sober, we have recovery coaches to help them stay motivated and focused on staying sober.

Unfortunately, it’s not magic, and it won’t happen overnight. But a lifelong recovery is possible for anyone. Contact us today and we can discuss your options, from appropriate programs to financial issues. Every recovery journey starts with one step.