Is Alcoholism Genetic? Here's What You Need to Know

It’s been discovered that there is a 50% chance of a person having the predisposition to develop an addiction to alcohol if they have someone in their family suffering from alcoholism. If you have someone in your family who is struggling, you may wonder if you’ll develop alcoholism as well.

Genes play a significant role in our overall health and risk of developing many health conditions. Currently little is fully understood about how our genes directly contribute to alcohol use disorder, but there is for sure a correlation. Genes can also play a role in the type of treatment we need to overcome alcoholism. Understanding this better can help someone get the type of treatment they need to overcome alcoholism.

At Luna Recovery Services in Houston, Texas, we offer comprehensive addiction treatment for alcoholism. We offer a variety of programs including medical detox, residential treatment, outpatient treatment, and aftercare solutions.

Is a Person Born with Alcoholism?

No, a person cannot be born with alcoholism. Even if someone is born with genes that predispose them to alcoholism this only accounts for half of the overall risk. The rest is determined by environmental factors that a person encounters throughout their life.

It’s important to remember that while you can’t be born with alcoholism, the likelihood is still much higher than someone who is not predisposed. It’s also much more likely that you will encounter many environmental cues that will increase your chances. The best way to stay clear of developing alcohol use disorder is to understand the risks and learn how to avoid them. 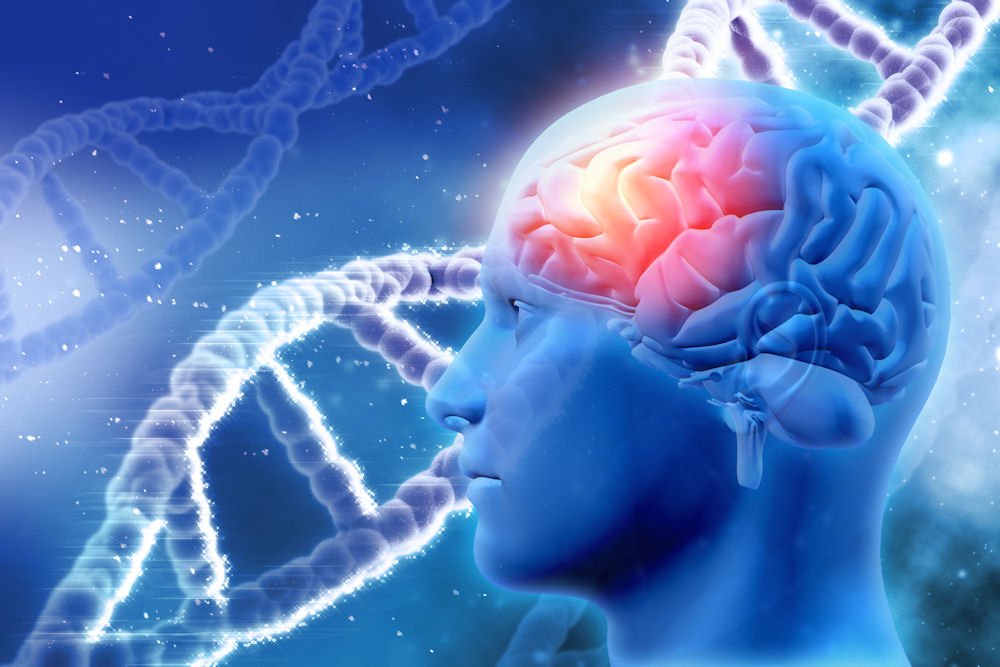 According to the 2019 National Survey on Drug Use from The National Institue on Alcohol Abuse and Alcoholism the following information on alcohol abuse has been discovered:

Alcohol misuse has become a serious problem throughout the United States. This is true not only as a health concern but also as a financial burden on society. In 2010, it was estimated that alcohol abuse cost the United States $249 billion.

The Genetics of Alcohol Addiction

There is no alcoholic gene that people inherit that ultimately determines they will engage in alcohol abuse but rather a variety of genes that can ultimately lead to its development.

It is believed that some people are genetically predisposed to having higher levels of tolerance and preference for alcohol, which may make them more likely to become dependent on it. Alcohol tolerance is largely determined by a person’s genes and is known as “alcohol dependence syndrome” or ADS. It is estimated that about half of a person’s risk of developing alcoholism is due to genetic factors.

ADS is caused by variations in several genes that influence the way alcohol is metabolized and is linked to an increased craving for alcohol, higher levels of tolerance as well as an increased risk of physical dependence. This is why some people can drink more than others without experiencing any negative effects.

There are also gene variants that can predispose people to develop a mental health disorder like bipolar disorder or schizophrenia. Individuals who suffer from mental illness often turn to alcohol as a coping mechanism. For this reason, a person may end up developing an alcohol use disorder to self-soothe their condition. 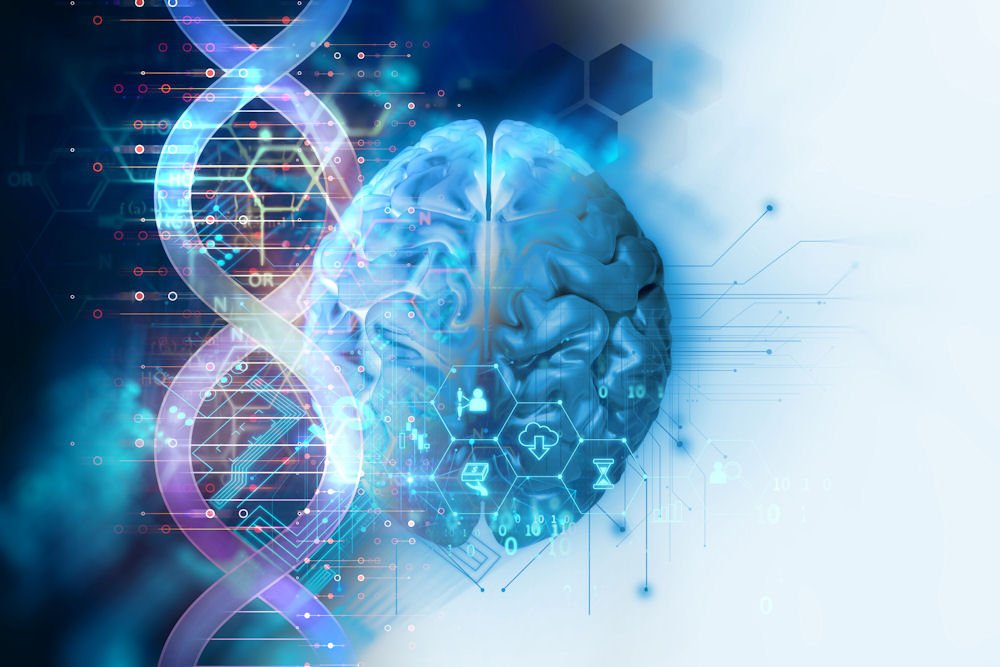 Environmental Factors that Contribute to Alcoholism

Environmental factors are the other components that can lead to someone developing alcoholism. These can be a variety of experiences that will cause someone to want to engage in alcohol abuse. If this is combined with someone who has a predisposition to alcoholism the chances they will develop alcohol use disorder is much greater.

Growing Up with Alcohol Consistently Available

One of the biggest environmental factors is growing up in a home where alcohol is consistently available. If a child sees their parents drinking, or if there is no parental supervision over the consumption of alcohol, then it is likely that they may develop an unhealthy relationship with alcohol later on in life. This is because alcohol use becomes normalized day after day. Children begin to see this as just another daily activity and therefore are less concerned about overall risk.

Additionally, as children get older parents will encourage them to try alcohol. This often happens earlier on in their life before their 21st birthday. The earlier a person begins to start drinking, the more likely they will develop an alcohol use disorder.

When Alcohol is Easy to Obtain

Families, where the annual household income is more than $75,000, have a greater likelihood of having a family member suffer from alcohol use disorder. Alcohol is not inexpensive and if someone can’t afford to drink, they simply won’t be able to do so. This means that family wealth also contributes to the development of alcoholism.

Being Enabled by a Partner

When a partner enables alcohol use by providing it to their loved ones is another risk factor. In the same way, families may cater to an alcoholic’s needs or not confront them about their drinking behavior, which can lead to a greater chance of developing alcoholism.

Stress or a Mental Health Condition

Stressors or traumatic events can also lead to someone developing alcoholism. Experiences such as physical or sexual abuse, the death of a loved one, or any other type of trauma can leave people feeling overwhelmed and vulnerable which is why they may turn to drugs and alcohol for relief from their pain.

Social interactions can also play a role in alcohol abuse. People who are constantly in an environment where alcohol is used or abused are more likely to drink, and may not have the proper guidance needed to moderate their drinking. Those that are consistently at social functions where friends or family members encourage them to drink heavily or use drugs may be influenced by these unhealthy behaviors as well.

What Tests are Available for Alcohol Use Disorder?

There are many tests available to help assess a person’s risk for developing an alcohol use disorder. These can include the following:

Family History Questionnaire: This test is used to determine if there is a family history of alcoholism or addiction and to what extent did this affect the family.

Alcohol Use Disorders Identification Test (AUDIT): This is a clinician-administered screening that is designed to identify problem drinking behaviors and any alcohol-related issues.

The Carbohydrate-Deficient Transferrin (CDT) Test: This is a blood test that recognizes biomarkers from excessive alcohol consumption. It can detect if someone has been drinking heavily.

Electroencephalography (EEG): This is a screening method that utilizes an electroencephalograph device that provides feedback of the human brain emitting waves of electrical activity that are measured during neurofeedback therapy. This can help to identify individuals that are at risk for alcoholism. Many researchers believe that when used in conjunction with an AUDIT test it can provide a more definitive diagnosis.

How Can I Avoid Alcoholism?

The best way to avoid alcoholism is to abstain from alcohol consumption. If you choose to drink, moderation is key. It is important to understand your risk factors for developing an addiction, such as a family history of alcoholism and environmental influences. You can also develop strategies for managing stress and other triggers that may lead you towards drinking too much or indulging in binge drinking.

Ultimately, genetics can play a role in the likelihood of developing an addiction but it is not the only factor at play. There are things that you can do to reduce your risk of alcoholism, including avoiding binge drinking and controlling your environment and triggers, so that you can make healthier choices when it comes to drinking responsibly.

Get the Help You Need to Overcome Alcohol Addiction!

If you or someone you love is struggling with alcoholism, there is help available. Regardless of your needs, we can develop a specialized treatment to help you or a loved one find lasting recovery. Contact us today!