Although nations from all over the world have stepped up efforts to halt the illegal manufacture, distribution, and use of methamphetamines, the substance remains one of the most popular drugs of choice for many today.

The problem of meth dependence is one of the largest drug-related issues plaguing practically every state in the United States today, which is why meth detox in Texas is a popular search on the internet.

At Luna Recovery Services in Houston, Texas, our meth detox center has helped people start their journey to recovery, and break the cycle of addiction. Contact us today to learn more.

A report from the United Nations Office on Drugs and Crime indicates that not even the recent pandemic was able to put a stop to the trafficking of methamphetamine. At least 117 countries reported seizures of methamphetamine between 2016 and 2020, and in the US alone, figures from the Centers for Disease Control and Prevention (CDC) indicate that there has been a 170% increase in methamphetamine-related overdose deaths from 2015 to 2019.

In 2021, methamphetamine-related overdose deaths increased to 33,000 from the 25,000 recorded the year before. This spike in overdose deaths is being seen as a result of meth getting cheaper, allowing people to buy more of it. There are also reports indicating a large number of overdose cases from emergency rooms all over the US where the patient mixed methamphetamine with another substance, usually opioids, leading to an overdose. 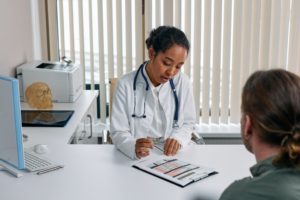 Even more disturbing is the fact that, based upon interviews done with patients who suffered an overdose, there is a growing number of relapses in people who had already undergone rehab, including former meth users who have taken to using the substance again.

The social isolation, economic dislocation, and general anxiety caused by the pandemic are being seen as the primary reasons for the burgeoning number of relapse cases. Add to this the fact that in early 2020, many addiction treatment centers were also forced to close due to economic difficulties, further limiting the options of those who needed help in kicking the habit.

What Effect Does Meth Have on the Body?

Physicians have described prolonged meth use as an “unnoticed ticking time bomb,” as the more serious and damaging effects could go undetected by both healthcare professionals and the one who uses it, steadily getting worse the more meth is used.Here are some effects that meth abuse has on the body:

Methamphetamine is a potent stimulant that affects the central nervous system directly. This substance induces the rapid increase of the brain chemical dopamine, which is associated with feelings of pleasure, motivation, and varying degrees of euphoria. Dopamine is also associated with specific cognitive functions, such as problem-solving and memory retention.

Dopamine, however, does not stay active in the system for long, and the consequence of having so much dopamine floating around for a time is the sudden crash once the chemical loses effect. This crash leads to sudden mood swings, irritability, and bouts of depression and melancholy. There are also studies that suggest prolonged meth use could permanently damage the central nervous system’s ability to produce and release dopamine, as well as the natural internal trigger mechanisms that release the chemical into the body.

Physicians that have dealt with overdose cases note that people who have a history of meth use also tended to show evidence of higher rates of developing heart diseases than those who did not use meth. Those who used meth also had the tendency to develop heart disease at a younger age than when it typically manifests.

This is because as a stimulant, meth constantly increases blood pressure, causes rapid blood vessel constriction, and also causes elevated heart rate. All of these things put additional and unnecessary strain on the heart, thus promoting the development of heart disease.

While the direct mechanism causing this condition has not yet been fully identified, physicians have noted that there is evidence suggesting prolonged meth use could also significantly weaken the immune system. A weakened immune system necessarily translates into an increased likelihood of infection from pathogens. This is of particular concern today as the threat of Covid-19 is still very real.

The weakened immune system could also increase the risk of the meth user in contracting diseases like HIV and Hepatitis. As there are many who take meth intravenously, the act of administering it already has a high risk of infection.

Most substances tend to have a nephrotoxic, or damaging effect, on the kidneys. Even in small quantities, meth is toxic to the body, and this toxicity manifests in the increased presence of the protein myoglobin in the blood. The kidneys normally remove the myoglobin from the blood, but in the case of meth users, the myoglobin levels tend to be quite high, and at a level where the kidneys have a difficult time filtering it out.

The effort of having to filter large quantities of myoglobin from the blood strains the kidneys and could lead to permanent damage. Kidneys that are underperforming for whatever reason increase the presence of toxins in the blood, and since the blood circulates through the entire body, these toxins are also carried around the body as well.

There are multiple studies being done to find any possible conclusive connection between liver damage and methamphetamine use. The liver is usually the very first organ to be damaged by chronic substance intake, regardless if it is a prescription medication intended to cure a condition or if it is substance abuse. This is because the liver is the organ primarily responsible for metabolizing substances into forms that are easier for the body to absorb.

There is one case where the intravenous introduction of methamphetamine caused acute liver failure, although the circumstances around the instance have not been duplicated clinically to arrive at a conclusion. Meth could be particularly dangerous for those who have pre-existing liver disease or condition, such as cirrhosis.

There is a condition known as “meth mouth” where chronic users of methamphetamine end up with severe tooth decay and gum disease. A study sponsored by the National Institute on Drug Abuse and published in The Journal of the American Dental Association stated that in an examination of more than 500 meth users, at least 96% of the group had cavities, severe tooth decay, and missing teeth.

Other than the fact that methamphetamine is already acidic in nature, which is highly damaging to the teeth in general, meth users are notoriously known to forego any kind of hygienic practice, including bathing and dental care. The oral damage inflicted by meth is so severe that it is often described as a “dentist’s worst nightmare”.

Symptoms of meth mouth include:

What Are Meth Withdrawal Symptoms?

For people with a type of substance use disorder, undergoing meth detox can result in withdrawal symptoms. The intensity and severity vary for each individual. In fact, it is reported that 87% of chronic meth users have a higher likelihood of experiencing most, if not all, of these withdrawal symptoms.

What is the Meth Withdrawal Timeline?

Meth has a tendency to stay within the human body for hours at a time, and flushing it all out could be quite laborious. Some of the initial withdrawal symptoms could start to set in within the first 24 hours from the last time meth was taken.

The first two days are known to be the “crash” period of meth detox, and it is because the patient literally “crashes” from not having any chemical in the body that would give energy or incite motivation to do anything. As the meth is slowly flushed from the body, the central nervous system, where the meth had the greatest effect, starts to readjust to the absence of the substance, and this has a profound effect on the patient.

The lack of energy soon worsens into depression. As the brain starts to regain chemical balance once more with the absence of meth, more neurological effects are felt, such as hallucinations, paranoia, and anxiety. These symptoms are so severe that the patient welcomes the prolonged sleeping hours induced by the withdrawal, as they don’t feel these things while asleep, although the dreams experienced do tend to be horrible.

3 to 5 Days after Meth was Last Abused

Some of the more severe withdrawal symptoms tend to ebb out around three to five days after the last time meth was taken, including prolonged sleeping periods. Being awake longer, however, also means the patient gets to experience more intense cravings and urges to take meth once more. Rehab personnel report that this period is when a relapse is most likely to occur, as the cravings could simply be too much to resist for the patient.

2 to 4 Weeks after Meth was Last Abused

By this time, the horrific cravings and urges begin to die out, although those who have been using meth for longer might still feel bouts of increased cravings. More neurological symptoms begin to come out at this stage, including psychosis and more severe bouts of depression and anxiety. The severe mental issues manifesting at this point could require dedicated psychiatric care.

1 to 2 Months after Meth was Last Abused

The months following the last use of meth are typically characterized by protracted withdrawal, or post-acute withdrawal syndrome (PAWS). The mental issues experienced here could have a profound effect on the patient’s attitude and behavior, although these issues could be better dealt with if a specialist is at hand.

Meth detox is about knowing and understanding what a person is going through and helping them jumpstart their journey to recovery.

The process is often difficult and stressful for those going through it. No one understands this more than the professionals here at Luna Recovery Services. We have helped countless others undergo meth detox, and see them through all the way to recovery, and we can help you too. Contact us today.